On December 13th, our team embarked on an archery competition.  'On the Mark Archery,' hosted us at the Boys & Girls Club in Waltham, for a few hours of competition and team building.

After learning the basic skills of how to shoot with a bow and arrow we started our adventure with individual skill testing to see who could get closest to the center of the bulls-eye.  Pat Hinton won that challenge, with Stacey Roberts coming in a close second.

We then tackled team competition by breaking up into groups of 3 to try our hand at skill and speed activities.  With two different teams taking home 1st place standings.

We truly enjoyed ourselves and learned a lot about team work, not to mention how to deal with numb fingers and bruised arms. 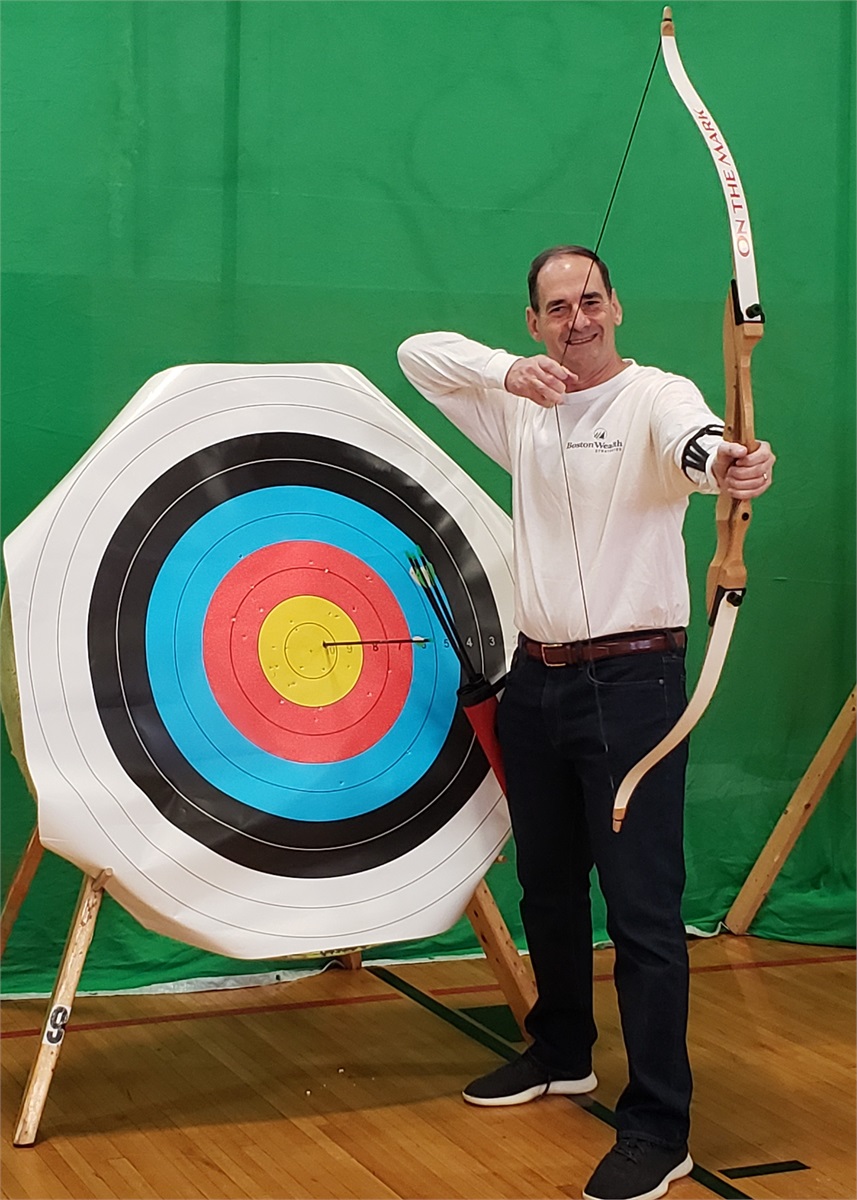 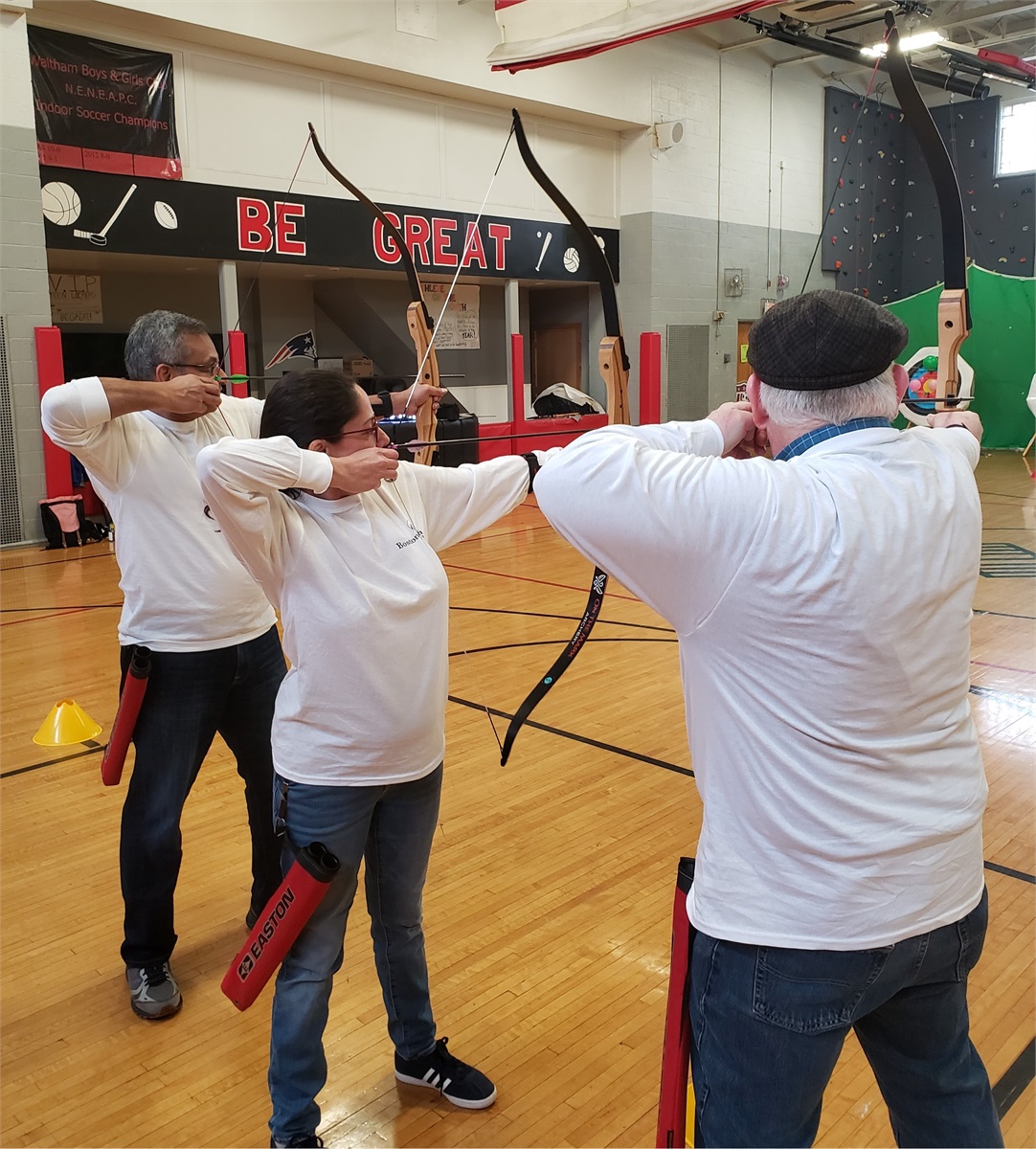 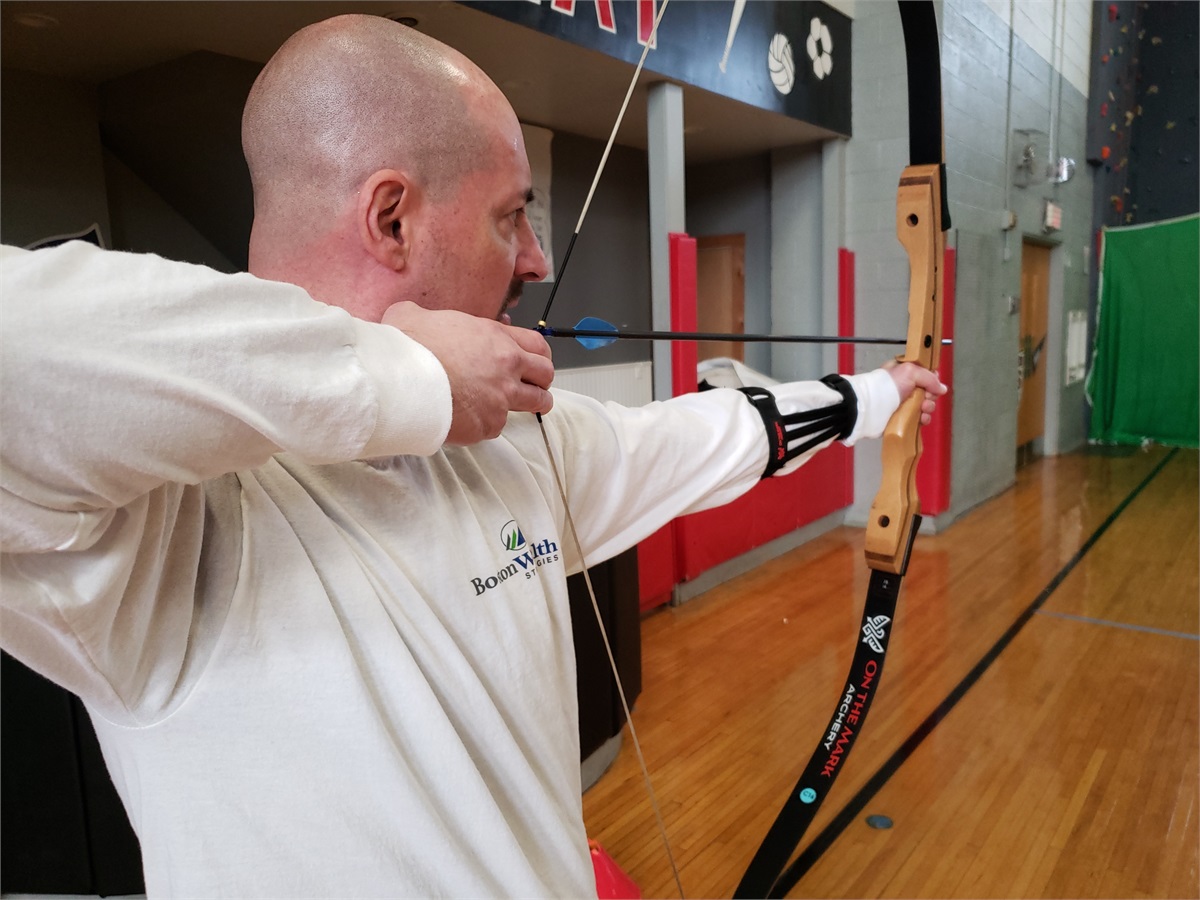 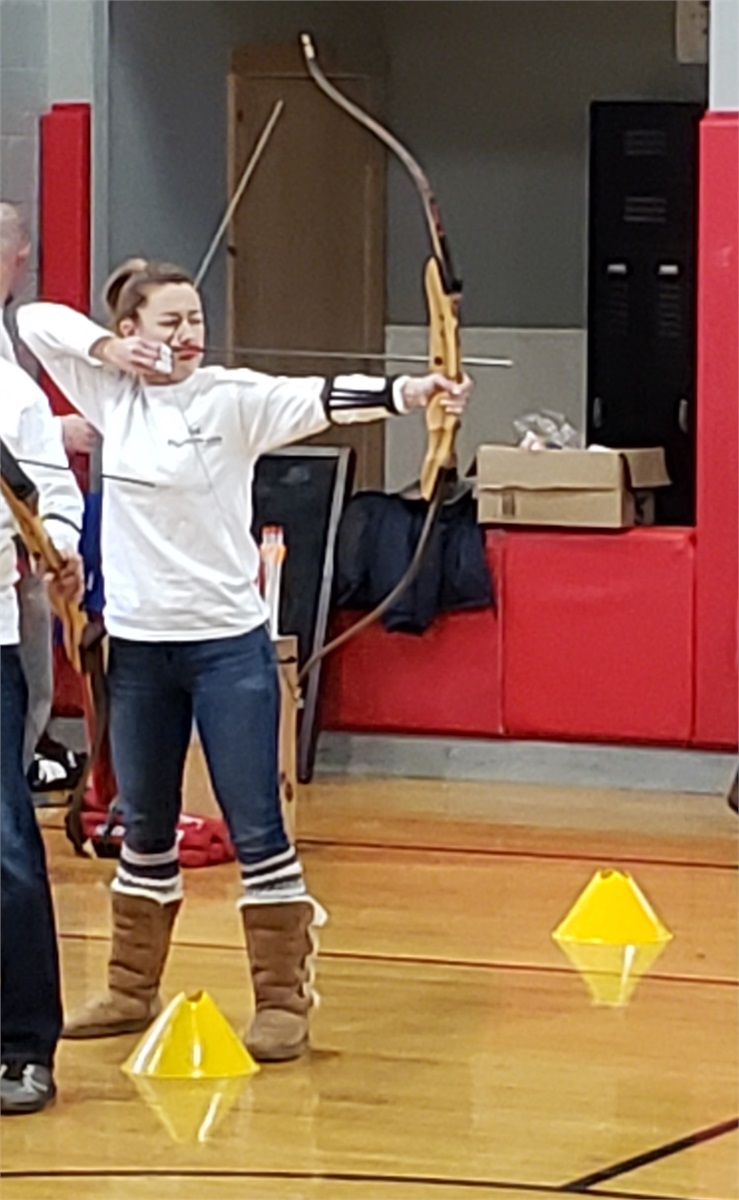 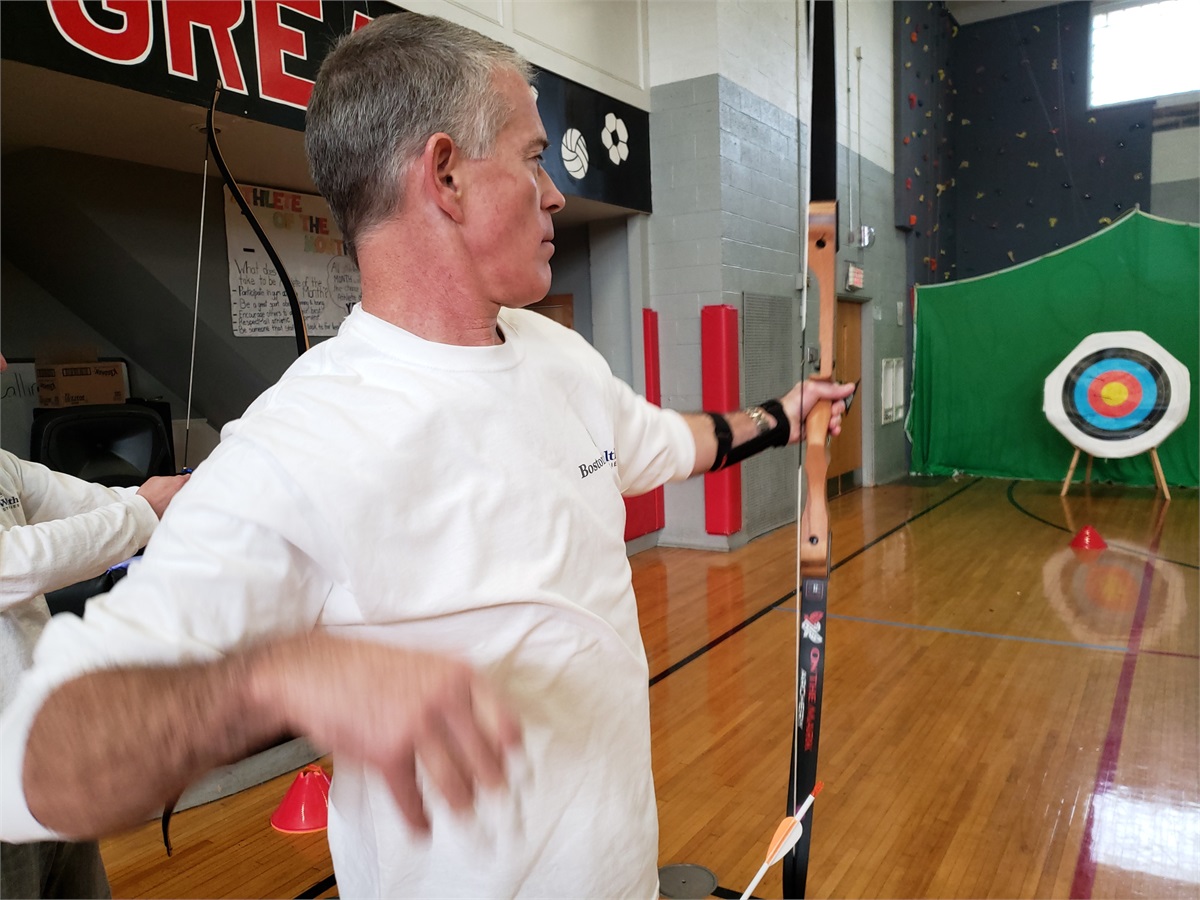 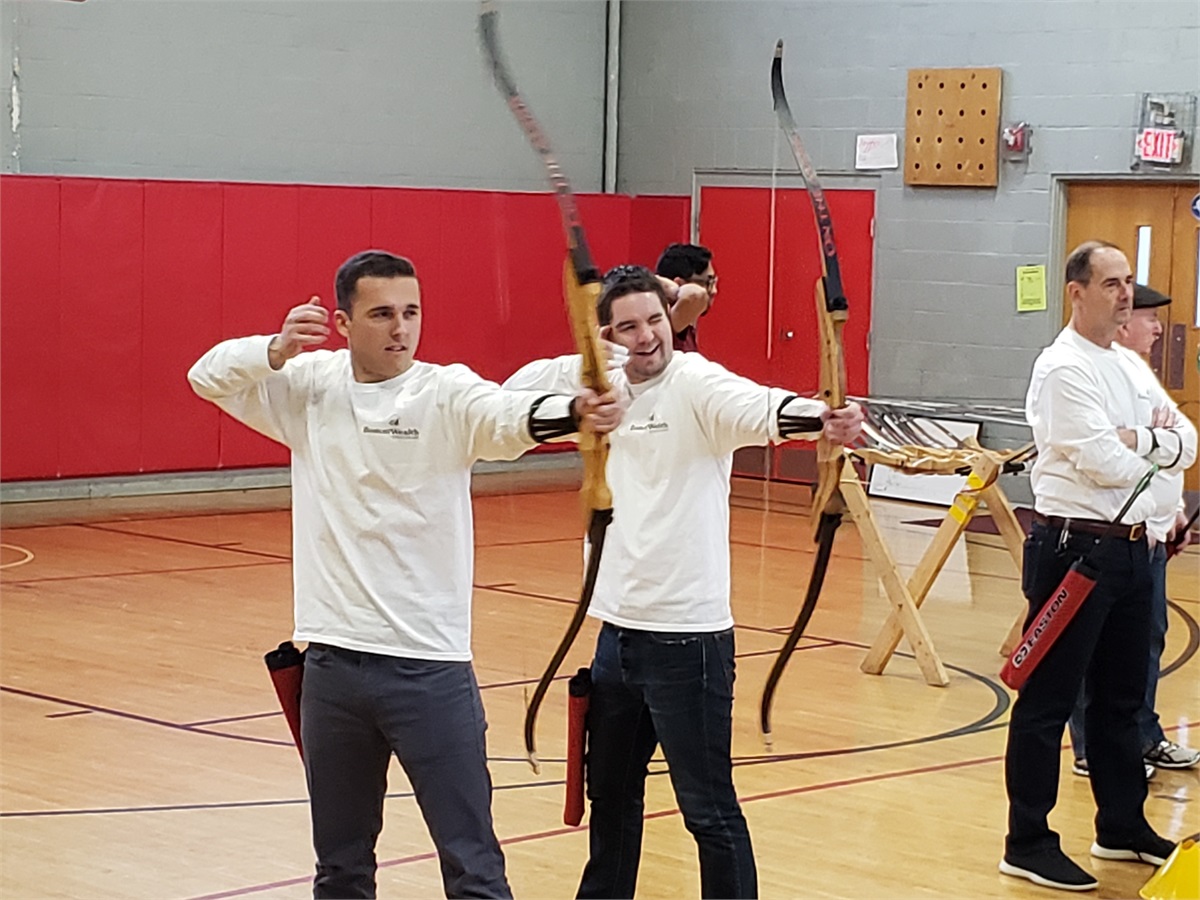 READ TO A CHILD

We wanted to share with you that Azadeh Ward, our Practice Manager, has been volunteering with the Read to a Child program for almost 10 years now.  She has worked with 4 elementary school students, seeing them through 3 grade levels and becoming not only a mentor but a friend.

This program allows volunteers to dedicate an hour a week to reading with a child, who for various reasons, has been selected for the program by their teachers.  Helping the child to build their reading skills and confidence is one of the many focal points of the program.

Azadeh's current reading buddy, Damian and her are pictured below reading a book during their weekly visit (December 2018).

A few times a year we feel it's important for our team to get out and have a little fun.  If that fun can also come with a "team building" opportunity we jump on it.
Our team worked so well together navigating The Dig (theme of room) and trying to Escape the Room.  Unfortunately we were unsuccessful in getting out of the room before our hour had expired.  However we did learn from our instructor that we were only one step shy of completion and got further than most teams do, since only about 20% of teams actually find their way out.

Not only did we have the best time that day with this little adventure, but we learned a lot about how to work together as a team and divide up responsibility among all of us, so that we can achieve the goal at hand. 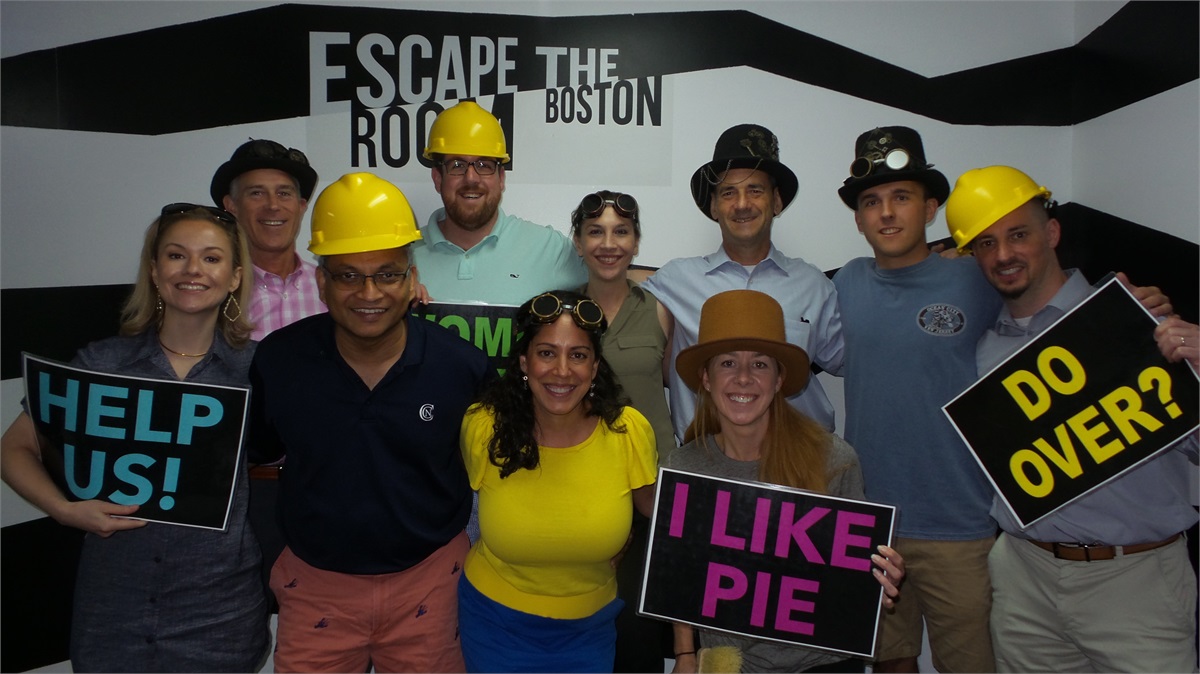 A Boston tradition, the Scooper Bowl serves up ice cream and frozen yogurt from 10 of the nation's leading ice cream companies.

Since its inception in 1983, the Jimmy Fund Scooper Bowl has raised more than $5 million for cancer research and care at Dana-Farber Cancer Institute.

Our team volunteered at the event this year (June 2016) and truly enjoyed having the opportunity to give back to such a great cause and have a little fun together. 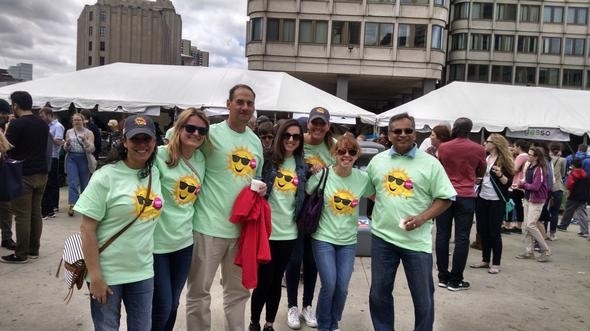 via The Stoneham Sun, by Samara DiMouro

With the help of more than 180 volunteers from in and around Stoneham, the Stone Zoo proudly completed construction of its new playground on Oct. 31.

The new playground was part of a grant from Met Life and was organized by KaBOOM!, a national organization that helps to build fun and safe playgrounds for children.

According to Baystate Financial owner and managing partner David Porter, he helped bring KaBOOM! to Stone Zoo after receiving the grant from Met Life, which covered the costs of materials.

Porter, who is also a chairman for Zoo New England, said the process went quickly, only taking eight weeks to apply, be approved, and then to design and build the playground.

“Who could have envisioned this when we started?” said John Linehan, the CEO and president of Zoo New England.

Porter and Linehan said the decision to put the new playground at the Stone Zoo was easy for them.

“Our old playground was very tired,” said Linehan about the previous playground, which was more than 18 years old and in desperate need of an upgrade.

As part of KaBOOM!'s process, children from Stoneham were invited out to the zoo in September for a design day to draw their dream playground.

KaBOOM!, along with Zoo New England and the Stone Zoo, picked their favorite ideas from the children and combined them with available equipment for the design, which could literally be said to be inspired by the children who will be enjoying the playground for years to come. 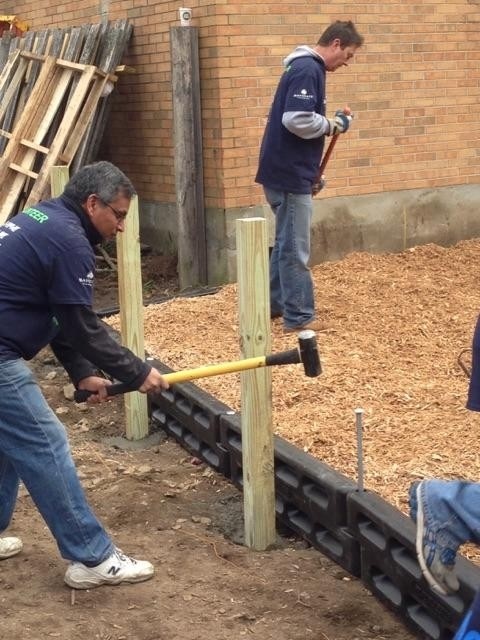 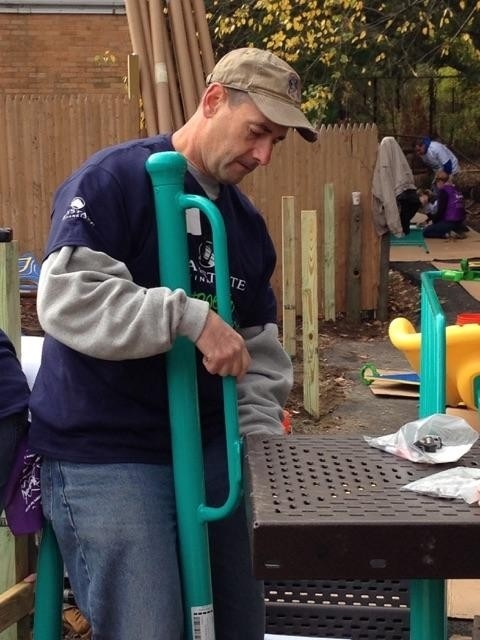 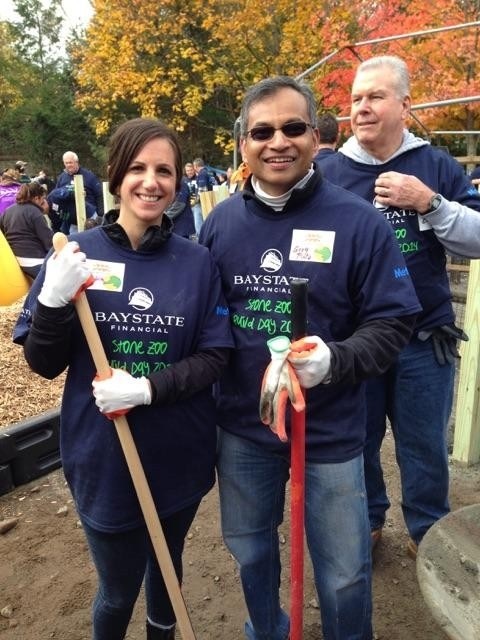 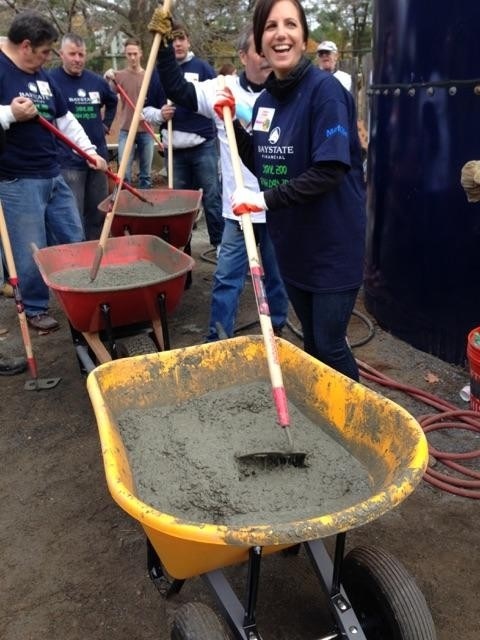 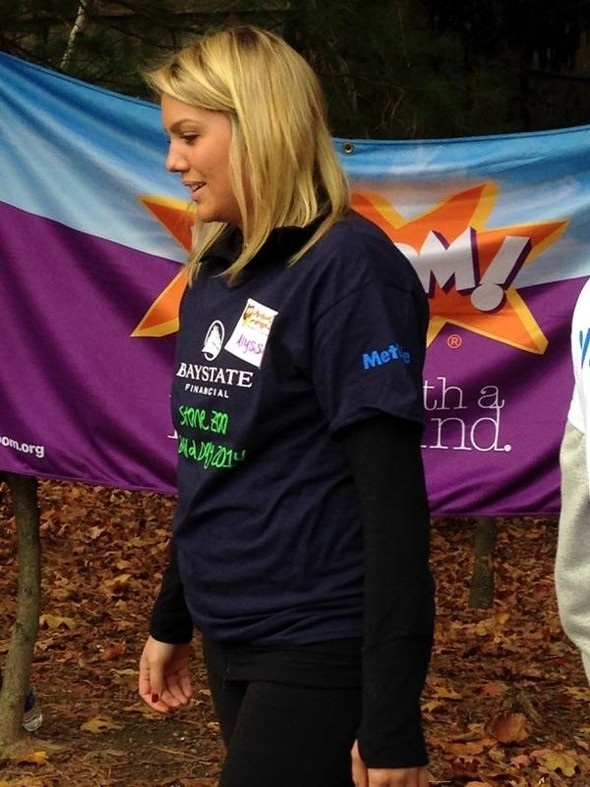